When Marlie agrees to attend a cadaver ball at Vanderbilt Medical School, she did not expect to actually see any cadavers. Or, that a strange apparition would issue her a chilling message.

Despite the cadaver’s warning, Marlie is married a year later to Tennessee State Senator, Daniel Cannon, and living in a plantation-style mansion with two step sons. Add to the mix her growing suspicion that something is amiss with the death of Daniel’s first wife, Gentry; and newlywed Marlie is definitely in over her pretty Yankee head.

What begins as an innocent inquiry into her new husband’s clouded past, ends with Marlie in the midst of a dangerous conspiracy.

A modern twist on the classic Gothic romance novels of Rebecca and Jane Eyre, Replacing Gentry follows Marlie’s precarious journey as she learns the truth about the man she married. 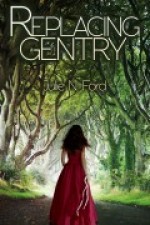 I’m so very excited about this book! After a year and a half of writing, cutting and reworking, schlepping from one publisher to another in search of a good fit, it’s finally going to be published.