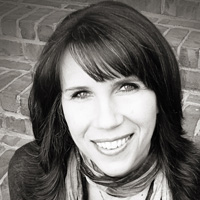 Julie Ford was born number four of six children on March Air Force Base in Riverside, California.  After spending the first ten years of her life as an air force brat, her family settled in San Diego, CA, where she spent the rest of her youth contemplating boys and every possible way to get to the beach . . . then, how long she could realistically stay.

At the ripe old age of twenty-seven, she finally graduated from San Diego State University with a BA in Political Science and a minor in English Literature.  During her time at SDSU she met a tenacious young man, two years her junior, who refused to take no for an answer when she repeatedly told him that he was too young for her—Tracy Ford. Promptly after graduation, they were married.

Throughout their marriage they braved hurricanes, tornados, eight years of a republican presidency and moves from San Diego to San Antonio, back to California, to Birmingham, Palm Beach and finally Nashville, TN where they had hoped to live out their days . . . down the street from her in-laws. However, after twenty-five years of residing below the Mason-Dixon line, she now (a bit begrudgingly) calls the chaparral of Southern Utah her home.

While living in Birmingham, she attended the University of Alabama where she received a Masters Degree in Social Work.  With an MSW, she had hopes of working as a family therapist.  However, this ambition had to be put on hold when she was diagnosed with Lymphoma during her third semester of graduate school.

After enduring chemotherapy, she somehow escaped with her life and an unrelenting desire to tell Josie’s (The Woman He Married) story. The only thing she can surmise is that somehow the chemo had an effect on her creativity, kind of how a superhero will receive her/his powers after falling into a vat of toxic waste.  Besides more precious time with her husband and children, she would like to think that she got more out of four months of having chemicals pumped into her veins besides six months of impersonating the Buddha and premature menopause.

In addition to her primary job as a stay-at-home-mom and floundering author, she has worked as a substitute high school teacher, Lamaze Certified Childbirth and Infant CPR instructor, family therapist and don’t forget, Parisian’s sales associate.

In her spare time, she loves to ride her mountain bike, practice yoga, and of course read.  Some of her favorite authors include, Daphne Du Maurier, Bronte, P.D. James, Michael Crichton, Linda Davies, Sophie Kinsella, Linda Castello, and Karen White.