My very first novel, The Woman He Married, has gotten a much-needed facelift!

New cover, new blurb, and most important, new content. For the last year and a half, off and on, I’ve been rewriting and reworking, cutting and redoing, trying to mold this story into what I’d always intended it to be, but hadn’t the writing experience, early on, to do the concept justice. Now my first baby has been re-released and is ready to be read. Whew! Here’s the new cover and back blurb. Buy it now on Amazon 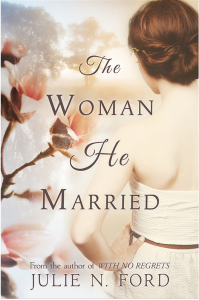 An aspiring young attorney, Josie looked forward to taking on the injustices of the world—one case at a time. Eleven years later, she’s a stay-at-home mom and battling demons that don’t require a law degree. Only keeping up pretenses proves more than she can bear when a bracelet that should have been hers shows up on the wrist of another woman. Her marriage slowly begins to unravel as an ex-lover comes back into her life. When he offers her the dreams she thought she’d lost, Josie must chose between the man she married and the one she let get away.

John has always known exactly what he wanted. A career as a high-powered attorney, followed by the perfect family of six, and then elected public service. So it was no surprise that the first time he laid his eyes on Josie, he knew she was the one he’d share his dreams with. More than a decade, and one tragic miscalculation later, all he has worked for is slipping through his fingers. Powerless to stem the flow, the one thing he remains certain of: he can’t lose the woman he married.