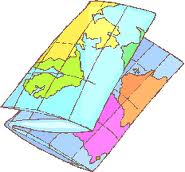 Every now and then I’ll hear a writer—generally an unpublished author—say that plotting is his/her least favorite part about writing a novel. Okay first of all, “novel” and “plot” are nearly synonymous. Without a plot, there is no novel, no story. So technically, if a writer doesn’t like to “plot,” said writer probably shouldn’t be wasting his/her time writing a novel. In my opinion, just because a person enjoys writing doesn’t mean he/she must become a novelist. There are so many other ways one can express his/her self through the written word—columns, editorials, poetry, blogging, etc.

And second, maybe the reason so many writers have a hard time plotting is because we as a society have become too dependent on technology doing our thinking for us. We don’t memorize phone numbers any more because all of our contacts are stored in our cell phones. We don’t have to think about how to spell because Word and even our phones do that for us as well. I’m showing my age here but I remember when telephones still had party-lines and TVs were black and white. *Gasp* Viewers had to actually get up and turn a knob to change channels. (Currently, I don’t even know where the on and off switch is on my TV much less how to change channels without the remote.) And when I started college, students were still using typewriters for term papers and libraries to do research. Ah, I do miss the days of riffling through the card catalog . . .

Back in the good ol’ days when we needed to travel somewhere we’d never been before, we used something called . . . a map. For those of you who don’t have a firsthand knowledge of such a thing, maps were somewhat cumbersome, accordion folded sheets of paper that often hitched at the seems and had a tendency to flap away at the slightest of breezes. But when laid out flat, a map was a vision to behold—a colorful labyrinth of intersecting paths that offered options to one’s destination while branching out into a myriad of possibilities. Stretched out across a dining table or the hood of a car, maps were a visually pleasing tool that allowed an individual to plot his/her path to a desired destination while highlighting each and every point of interest along the way.

The beginning, middle and end of a new journey.

When traveling with the use of a map, one needed to be keenly aware of where he/she was at all times, pay close attention to mile markers and state lines, watching for signs indicating the next turn to be taken in the journey. The traveler was an engaged, active participant in the success or failure of reaching his/her desired destination.

An ingenious piece of technology a person can feed an address and then like magic, the course said person needs to follow appears on the screen accompanied by a pleasant voice that guides said traveler effortlessly to his/her destination.

The last road trip I took was from Nashville to Kansas City. I plugged the hotel’s address into my GPS and then just started driving. Along the way I passed small towns and big cities often asking myself, “Where am I?” But it didn’t matter. I didn’t need to know. Dave (the name we gave the voice that comes from our GSP) was dutifully warning me of every upcoming turn, while repeatedly reminding me of the impending change in course, followed by an exact measure of when to make the change in direction. And I never even questioned, never wondered if Dave was leading me the right way, never thought to check the correctness of his course for myself. I’d blindly followed Dave, and he’d loyally led me straight to where I’d needed to go.

So it’s no wonder that many writers don’t like to plot when most have never had to, or have grown lazy because we done so in a while. Like going back to the “dark ages” and planning out a trip on a map, plotting our story seems tedious—a waste of time and effort. You see, plotting a story is much like mapping out a road trip. Our stories must stretch out in front of us with a beginning, middle, and then an end. If we don’t know how to visualize the possibilities, experience wrong turns, back track, take unexpected stops along the way and roll with diversions from the path, then how can we envision the same for our characters?

And this lack of plotting ability may just be the reason that many novels and movies are sent out to readers and views with holes in the storyline. Could it be that we are slowly loosing our ability to step from one point to another without the help of technology? What’s next, electronic story plotters? One day, will Dave be capable of plotting my novel for me as well?

Good gracious, I hope not. Plotting is, after all, half the fun. 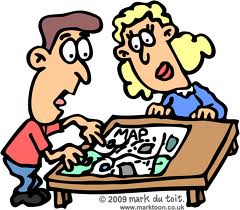 I say throw out (or simply put away) the GSP. Shake the dust off a good, old fashioned map and let your eyes feast on the possibilities. Map out a thoughtful course to an exciting destination. Along the way, allow for the occasional diversion and directional change, and let the road ahead of you show the way. When you’ve reached the end, if for no other reason but that you did it on your own, I can assure you that the trip will be more satisfying—well worth the effort.